Clashach Cove (and the adjacent area known locally as Prieshach Cove) lies on the Moray Coast of north-east Scotland, near the village of Hopeman. It's a place which has taken a very strong hold on me, and being only an hour's drive from home it's one of the first places that I think of visiting when I have a spare half-day and the tides and light are suitable.

"Between about 200 and 300 million years ago Scotland lay within the tropics. The climate was hot and dry, with ephemeral rivers depositing silt and sand on the arid plains and sand blown across the land to form huge sand dunes. The landscape probably resembled the present Sahara desert. In the Caithness and Moray area, sedimentary rocks of this ‘New Red Sandstone’ time are present beneath the waters of the Moray Firth, but onshore they occur only on the southern side of the firth near Elgin and on the northern side of the firth near Golspie."
- Moray and Caithness, part of the SNH series 'Scotland, a Landscape Fashioned by Geology' (2011).

The sandstone at Clashach Cove dates from the Permian era (299-250 MYA). Beneath the tide-line it has been shaped by the action of the sea into a series of wave-like forms. The rock has been subtly tinted in places by seaweed, while additional interest is provided by the multi-coloured pebbles which are strewn across the foreshore following the retreat of each tide.

As in keeping with my approach elsewhere, I have not sought to enhance the colours of the pebbles in the photographs below. Nor have I re-arranged any of the stones - in each case they are exactly as I found them. 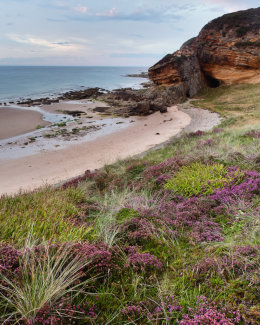 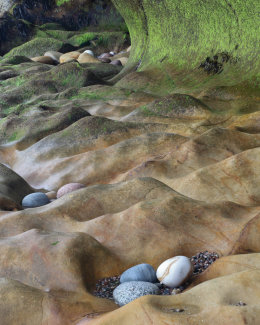 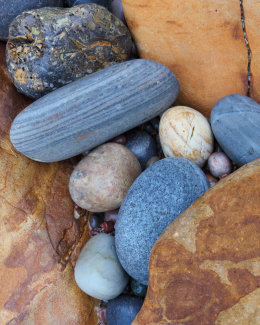 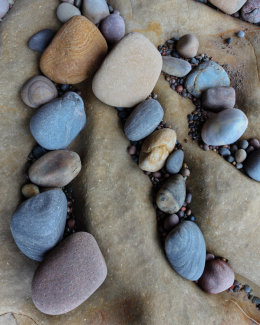 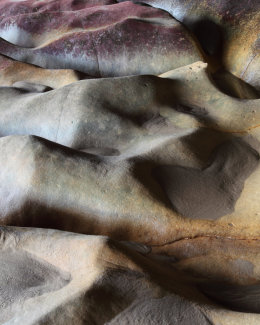 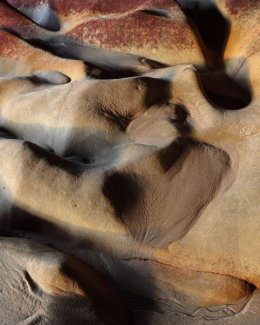 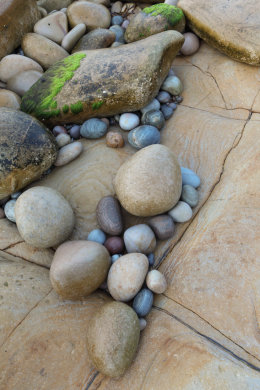