From 'Place Names of Ross and Cromarty' (W. J. Watson, 1904):
Division of land into fifths is a common and ancient Gaelic practice... Tradition makes the five fifths of Coigach to have been Achnahaird, Achlochan, Acheninver, Achnabraige and Achduart – the five Achs, na cóig achaidhean, and this is the local derivation of the name.

Like its Sutherland neighbour Assynt to the north, the district of Coigach (which includes the former National Nature Reserve of Inverpolly) in Wester Ross is outstandingly beautiful. Its principal hills – Ben More Coigach (Beinn Mhòr na Coigich), Cùl Mor, Stac Pollaidh and Cùl Beag - are visible from the A835 north of Ullapool, but to fully appreciate the character of the area, it needs to be seen from the un-numbered single-track road that leads from Drumrunie westwards alongside Loch Lurgainn, Loch Bad a’ Ghaill and Loch Oskaig to the reach the sea at the headland of Rubha Mòr and the coastal settlements around Achiltibuie and the Summer Isles. Indeed, the minor road that leaves this one at the western end of Loch Bad a' Ghaill and climbs north over Druim Bad a Ghaill, eventually crossing into the county of Sutherland at the River Kirkaig, surely provides some of the finest views to be had from any road in Scotland.

"...Or it could be found on the road which on that day and on many others seemed the most beautiful – that is the simplest word, I’m afraid, for that quality that enters by the eyes to hit where the ribs divide, making us gasp involuntarily – road in Scotland. I mean the narrow, humble, unnumbered road that unspools, elliptical and unhurried as a Sorley MacLean sentence, from Lochinver past Inverkirkaig where MacCaig spent so many summers, where AK lived and died, then twisting, rising, hiding and revealing bays, inlets, lochans, past the two houses at Rhegreanoch, on over the hill where you may crick your neck trying to keep an eye on the road and look simultaneously upon Enard Bay on one side and the glittering sprawl of Loch Sionascaig on the other, then down to Badnagyle on the long drift to Achiltibuie and the Summer Isles." - Andrew Greig, 'At the Loch of the Green Corrie'.

This has long been one of my favourite corners of Scotland, and this is reflected in the relatively large number of photos to be found in this gallery. 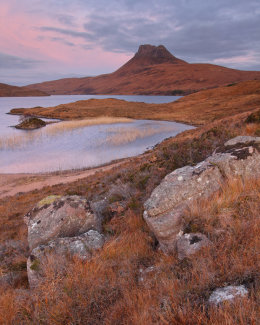 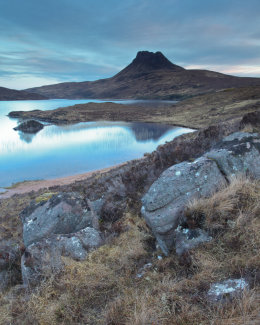 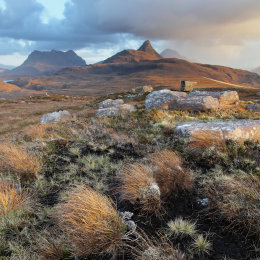 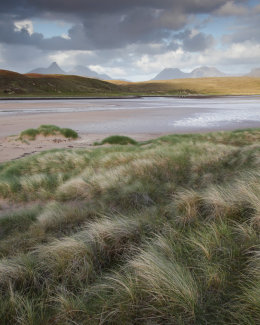 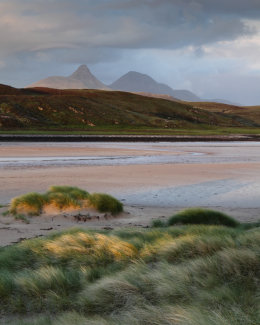 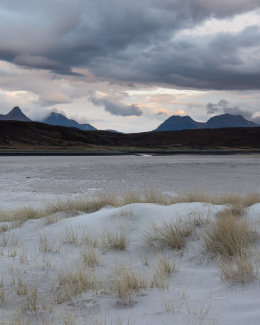 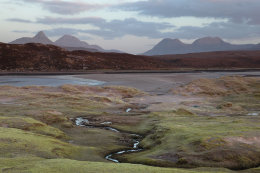 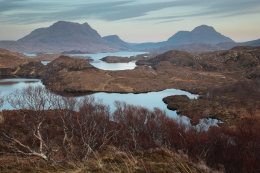 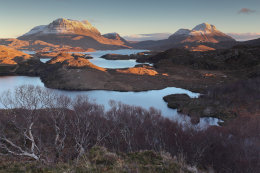 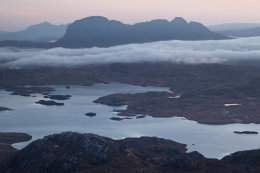 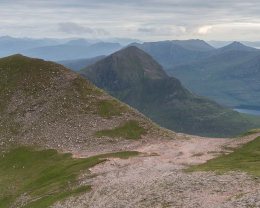 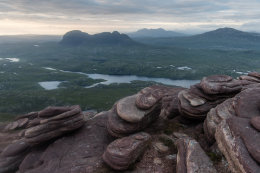 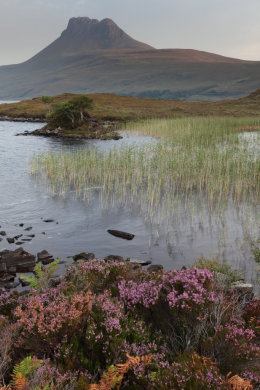 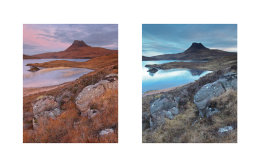